Location, views, and exclusive lake excursions make this the right choice for travelers who want an intimate and tranquil Lake Titicaca experience. 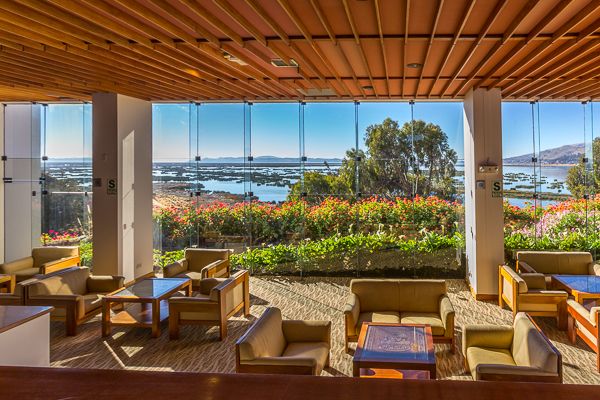 The land on which the Libertador Lago Titicaca sits was once an island. A causeway has since been built, placing the hotel on a kind of peninsula which juts into the reed-filed waters of Lake Titicaca, the highest navigable lake in the world and a Peruvian National Reserve.

The hotel still has no neighbors and the grounds retain an expansive, private, natural feel. Llamas nibble their way around the hotel and some foxes call the place home as well. An archaeological site was also discovered near the hotel and display cases in the hotel lobby show off pottery found on site. This is all to say that while the Libertador Lago Titicaca is only a few miles from the lakeside city of Puno, it is far, far away from the urban chaos. 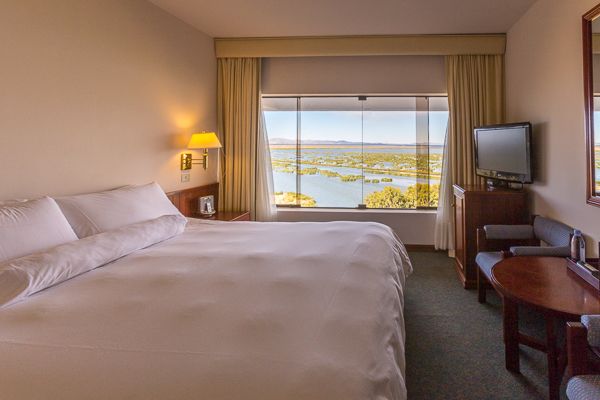 Standard rooms, which make up the majority on offer, are cookie-cutter and can even feel motel-like at times. I'm thinking of the heavy plastic shower curtain that smells like rubber, the retractable clothes drying line, soulless, mass-produced, made-for-abuse furniture, and industrial carpeting. However, the Libertador Lago Titicaca will begin extensive renovations in 2019 including upgrades to the hotel's wastewater treatment plant (vital in this fragile environment), new furniture (and, hopefully, new shower curtains), and an overhaul of public areas. They will also implement a plan to enlarge a number of rooms, slightly decreasing the total room count.

I was thankful for the heating vent in my room (heat is available from 4pm to 7am in all rooms) because it gets cold at night on the lake at 12,500 feet. The heating system was too powerful to keep on while I was snuggled in the well-dressed and very comfortable bed, but was welcome for a few minutes before getting up to take the morning chill out of the room. Also appreciated were the minifridge, bathrobe, and slippers. 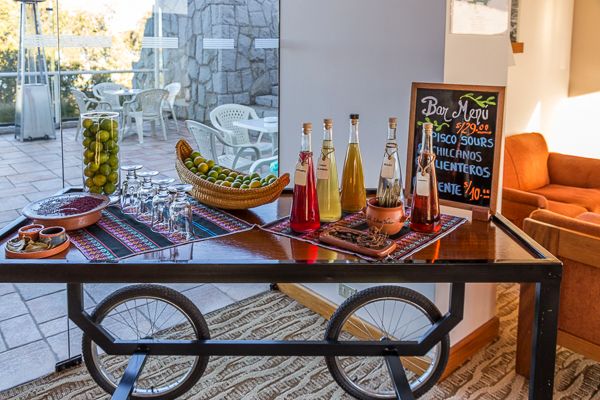 The standard rooms are not large, but the views are. All rooms at the Libertador Lago Titicaca have lake views—either looking back onto Puno city with the lake in the foreground, or facing east with nothing but lake to be seen. If you want to watch the sunrise over the lake from bed (and you do), book a "sunrise view" room with beds on the right-hand side of the room as you're facing the windows. If that's not enough lake view for you, walk the short distance to the mirador viewpoint next to hotel for nearly 360 degree views of Lake Titicaca.

The three two-room suites and six junior suites are much larger than standard rooms and full suites have separate living rooms, two TVs, two minifridges, and king size beds. This is a property where the upgrade is well worth it. 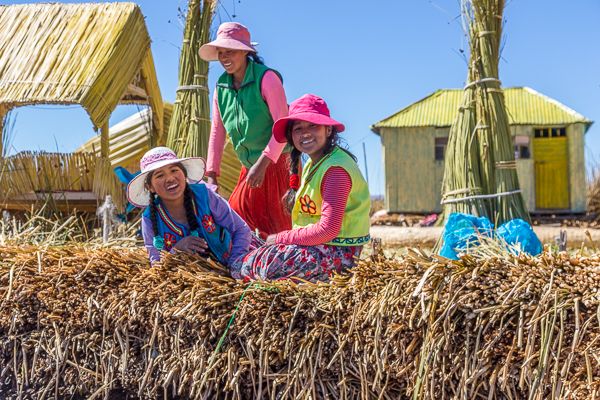 You'll likely be out exploring the lake and environs during the middle of the day, but a wide range of dinner choices await upon your return including plenty of vegetarian options. The menu includes Peruvian classics like cuy (guinea pig), lomo salteado (stir fried beef and vegetables), rocoto rellenos (stuffed local pepper), rack of alpaca, and alpaca carpaccio. The latter was beautifully presented with tender meat; however, the rich flavor of the alpaca was a bit overwhelmed by a very acidic citrus oil drizzled over the entire plate. Mixed salad with baby greens, pear, blue cheese, and prosciutto was very good and just the right size. A dish of beef slow cooked for six hours fell off the bone and came in a rich sauce along with a few house-made raviolis filled with a puree of local sweet corn called choclo. Sea bass on rice with a drizzle of chupe de camarones (a kind of Peruvian shrimp bisque) was rich and balanced, but the fish was a bit dry.

A creme brulee trio (chocolate, classic, and coca) provided a sweet end with the woody, earthy coca version getting my top vote. Sadly, service in the restaurant is sometimes lazy and it can take some doing to get a waiter's attention.

Common areas of the hotel include a Kuna store selling high quality llama and alpaca fiber clothing, a jewelry store, and an oxygen room with tanks and a bed to treat any guests suffering from the altitude. A nurse is on call. There's also a small gym with two bikes, a step machine, a Jacuzzi, and a sauna in a dedicated space with a wall of windows offering lake views while you work out. The lobby bar is warm and welcoming with two fireplaces and a patio with epic lake views and sun umbrellas and heat lamps. 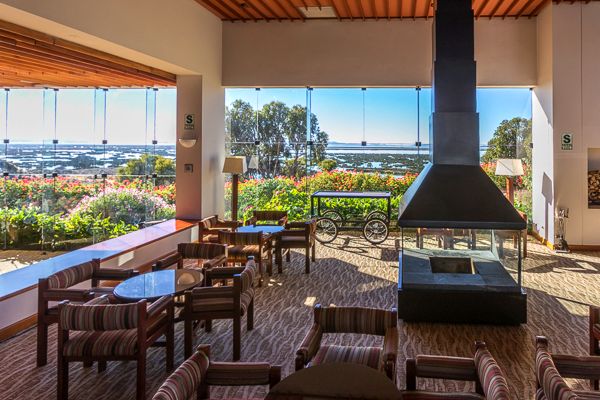 The owners of the Libertador group of hotels also own a tour company called Venturia and a tour desk is located in the lobby of most properties. On Lake Titicaca, Venturia is the only tour company offering guided lake trips in sleek and stable outrigger canoes lead by a professional outrigger guide from Row Peru. The three hour tour requires padding by all (using gorgeous wood oars which are light and effective) to explore the lake and visit Orus, a community living on a collection of more than 90 of the lake's famous floating reed islands.

The hotel has two private docks and the outrigger trip departs from a floating dock built from the same reeds used to make the islands. The Orus outrigger trip, like the lake itself, is just the right mix of natural beauty, culture, and adventure.

Review by Karen Catchpole and photos by Eric Mohl.