For now the city's newest upscale hotel and the tallest building in Peru, this gleaming tower of glass and steel rises over a superlative convention center but is not your usual corporate meeting hotel. Designer interiors and and a buzz-worthy restaurant make this a worthwhile choice for luxury leisure travelers too. 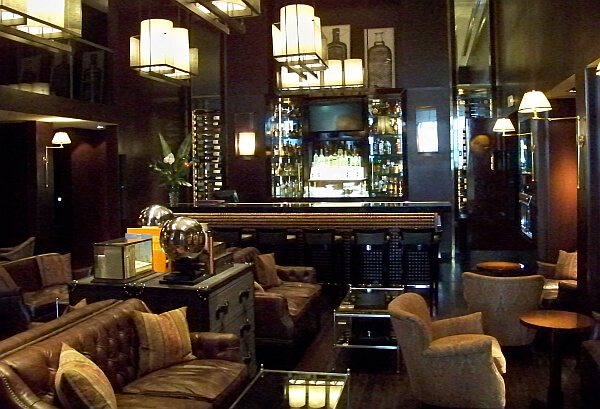 Owned by Peru's Libertador chain and using many of the design team members from the lauded Tambo del Inka hotel in the Sacred Valley, this Westin competes head–on with the best hotels in Lima and offers a great city from every room. There are no shortcuts in this development, which reportedly cost $130 million, so if you're looking for the newest and shiniest, this is the place. 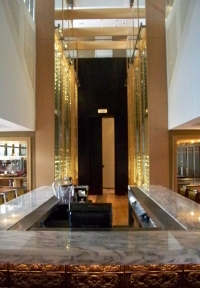 The public space interiors, designed by Tony Chi, are dazzling, though the lobby seems a bit too intimate for a hotel with 301 rooms. The three individual check–in counters can get overwhelmed when more than a few guests show up at the same time and it doesn't take many people to fill up the chic lobby sitting areas. (Another sitting area with seats in a spiral is down the hall.) Fortunately this becomes less of an issue as the day goes on since two striking lounges off the lobby pull travelers in and make them want to linger. In Situ is an updated version of a clubby tavern, with lots of wood and leather, but with more lighting. While the eyes can find something interesting to linger on in every space there, the lobby lounge is more minimalist, making a bold statement instead. With futuristic touches and a U–shaped bar running almost the whole length of it, it could be showing up in a future film or two. 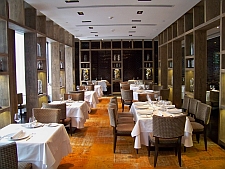 The Maras restaurant was just getting ready to open when I visited and the menu was going through some final tweaks, but in this city of foodies, it has already come out of the gate with a bang. Helmed by a well–known Peruvian chef who made his mark in multiple European countries first, it focuses on Peruvian ingredients but combines them in novel ways with items from France, Spain, and Italy. A wide selection of wine bottles is housed in temperature controlled floor–to–ceiling glass cases and local artwork adorns the walls. A more casual restaurant serves all three meals, with buffets at breakfast and dinner. Guests on the executive floors get morsels throughout the day in the 29th–floor lounge. Plenty of other restaurants are a short taxi ride away in this business district. 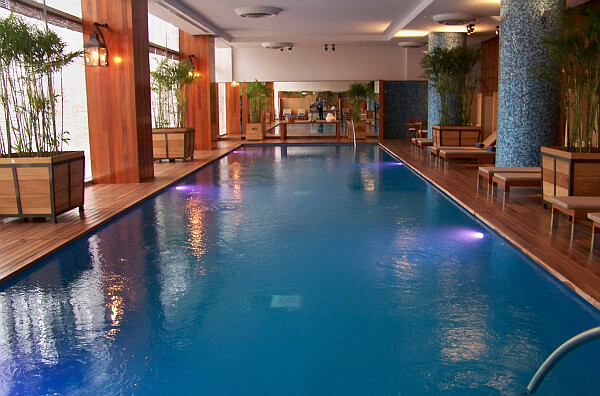 A heated indoor pool is long enough for laps, is flanked by lounge chairs, and has a wall of glass to let whatever natural light cloudy Lima is supplying that day. Spa facilities here outdo all others in the city, with more space and more offerings all around. All spa guests getting a treatment visit a hydrotherapy room first, then stretch out in a relaxation lounge with heated chairs before or after. The treatment rooms themselves are well-equipped and one room for two has its own sauna and Jacuzzi. The gym here is one of the best in town and is open 24 hours. There is a personal trainer on staff to assist you from early morning until night. A full beauty salon is on site, offering pedicures, manicures, and hair styling.

The new convention center adjoining the hotel is the largest in the city, so this is not a hotel meant to serve hundreds of guests at once, but that area is well–segregated from the hotel itself, with its own entrance for up to 1,900 conventioneers. Naturally the business center is well–equipped and the six computer terminals available to guests include two Apple ones.

Attractive elevators decorated with embroidered local textiles move quickly here, thanks to only needing a wave of the key card to take you to your room instead of an insertion into a slot. There are 10 categories of rooms at Westin Lima, including "Deluxe" as the lowest standard, the slightly larger "Grand Deluxe," various executive level categories, and different suites. All rooms come with the latest and greatest amenities, including things that should be a given in a high-end hotel but often aren't, like plenty of well–placed outlets and good lighting by the desk and bed. As with the public areas, there is a sense of drama in the spaces, with both headboards and windows going from floor to ceiling and desks resting on pedestals. In a nice departure from many Lima business hotels, there are plenty of Peruvian touches to remind you you're not in Kansas. Leather desk chairs, divans, 42–inch TVs, iPod docks, and cordless phones are just a few of the superlative amenities in place. Turndown service is standard, with little alfajores cookies left for you. Unfortunately, Wi–Fi access requires a daily fee on top of some of the city's highest room rates. 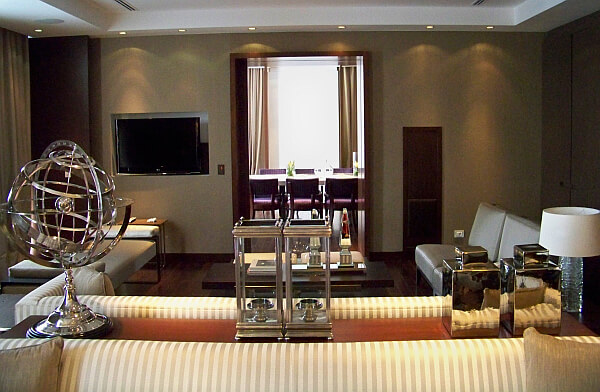 The ample bathrooms all have double marble vanities, make-up mirrors, and high-end designer fixtures. The deep soaking tubs have a hand shower and the separate shower stalls are stocked with and quality toiletries.

Executive rooms have access to the usual lounge perks (though only non–alcoholic drinks), shoeshine service, and a great view, while several categories of suites offer more room and a few more amenities. The Presidential Suite surely will host some presidents, both corporate and political, in short order. This ranks among the top suites in the city, with a full kitchen, bar with wine storage area, two bedrooms, office, exercise equipment, a telescope, and a whole host of electronics accompanying big–screen TVs. The master bath has a whirlpool with a view big enough for two and the large shower stall has two nozzles.

With both Libertador and Starwood having a hand in the development, hiring, and training of this skyscraper hotel, it actually opened ahead of schedule and had very few glitches at the outset. Rivaling the two waterfront hotels in Miraflores and the nearby Swissotel Lima, this is a worthwhile and attractive choice for business travelers and vacationers looking to rack up or use loyalty points from Marriott.