Investing in Tranquility—Paradise found in Bacalar

Story and photos by John Lamkin

Few outside of Mexico have heard of Lake Bacalar, even though it lies between the Riviera Maya below Cancun and the hot growth area of Ambergris Caye in Belize. It’s not hard to see the future potential though, as those who follow the government’s tourism development lead are usually in for a wild upward ride.

Swaying in my hammock, the cool tropical breeze kissing my toes as I gaze across the azure waters of Laguna Bacalar, I sample a banana from one of the bunches in our grove—the third crop in the nearly three months I’ve been lounging in Paradise.

These have no relation to bland, pithy, supermarket bananas. This bunch is creamy and tastes slightly of custard with a hint of lime, while others have been small and very sweet, with an apple flavor, or large with a hint of cinnamon. 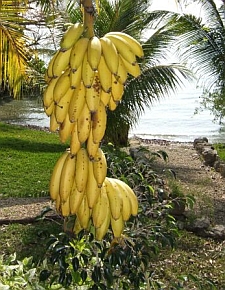 The banana trees surround our second home on Laguna Bacalar, a magnificent, fresh water lake—the second largest in Mexico—also known as the “Lake of Seven Colors.” My compañera and I had the house built to our specifications three and a half years ago on land we already owned: 40 running meters (about 131 ft.) of Laguna shore. Were we to sell now—which probably won’t happen—we would realize at least a 100% return on investment.

But how can one put a price on cinnamon-scented bananas, whispering breezes and the luxury of languor? When compared to the bustle and clang of Cancun and Playa del Carmen, three or so hours north, the village of Bacalar’s tranquility is a breath of relief.

Bacalar, Quintana Roo: a Real Estate Boom About to Happen

International Living Magazine says of Bacalar, “The Town to Watch in the Mexican Caribbean… The area around Bacalar is poised to become a hot destination...”

This area, in the southernmost part of the Yucatan Peninsula, is just at the point of developing as a tourist destination for those who seek escape from the larger, often over-developed areas of the northern part of the Peninsula.

An hour away from the Caribbean seaport of Mahahual, which is now a stopping point for cruise ships, the Laguna is virtually undiscovered by tourism. It has always been known for the spectacular colors, similar to the waters of the Caribbean.

One half hour south of Bacalar is the capital of the state of Quintana Roo, Chetumal, located on the Caribbean Bay of Chetumal. Long a major water route for the ancient Maya, it was also used by the marauding pirates active in the area during their heyday.

Chetumal, a tropical city with a broad boulevard along the bay, is home to the Museum of Mayan Culture, plus a zoo and is close to the border with Belize, Central America. A major new bridge connecting the two countries has just been completed.

Recently the Mexican government has invested millions of dollars in improving and expanding the roads and other infrastructure in the area indicating another government-nudged real estate boom is imminent. 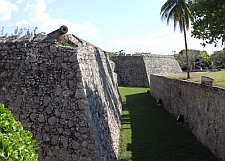 The Fort, overlooking the water, in the center of the village of Bacalar, was built by Mayan Indian labor when the Spanish first landed in the late 1500’s. Like the charming zocolo, or central plaza, the Fort has undergone extensive restoration recently, preparing it to become a major tourist attraction.

Because of the close proximity to some of the major Mayan archaeological sites in the region (including one that is due to open soon, said to rival Tikal in Guatemala), to the city of Chetumal (with its airport—soon to become international), and to the border with Belize, the location of Bacalar provides an opportunity for exploration of one of the last areas in the Yucatan Peninsula to be developed.