Luxury Real Estate in Placencia, Belize: Flying under the Radar—Page 2

Furthest north of all the areas we're mentioning is the peninsula's Platantion area. Unlike it's southern neighbor, Plantation is a purely residential area, so no cabanas on the beach and fewer restaurants and bars within walking distance. Like I mentioned, many of the lots have been clear cut in order to raise them, so if you aren't interested in landscaping you might want to opt for another area on the peninsula.

Everything to the right in this narrow strip is oceanfront and to the left is lagoon side but with an ocean view. Many lots stretch the entire width and buyers have been known to build a caretaker's house on the lagoon side and their own homes on the ocean side. There are connecting waterways on the lagoon side called canals between the two sides and so it's a great place to have a boat. Take this place, a 3-bedroom, 2.5 bath, single level home right on the water for $695,000. Or, on the opposite side of the peninsula, is this beachside 3-bedroom for $649,000. 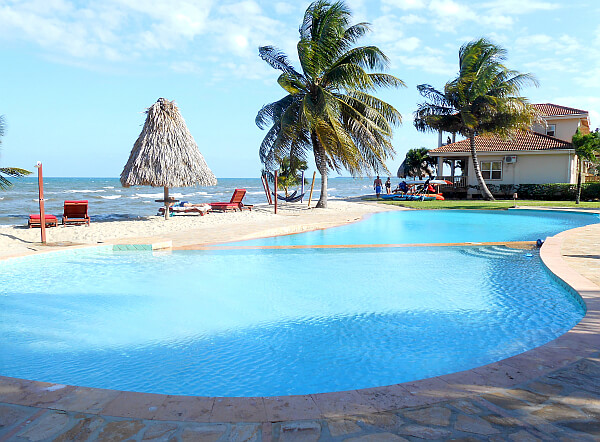 Real Estate in Belize, Placencia and the rest of Stann Creek District

Realtors David Kafka and Boris Mannsfeld have shared some of the pluses of investing in real estate and living in Belize and Stann Creek:

It is quite obvious why one would want to buy real estate in the area with such ease of ownership for foreigners, extremely low taxes, and a stable currency — the Belize dollar has been tied to the USD at two to one for more than a decade now.

David Kafka reports that business for the last three years has been very good, "We have sold around $14 million in real estate a year for the past two or three years." According to Kafka, "I feel you will see a 10% to 15% growth in the next year. Our tourism is up 96% from 2011 to 2018. Last year, 2019, for the first time we hit half a million overnight visitors. It might not sound like a lot, but it's a lot for Belize" Even with the corona virus paralyzing so much of the global economy, Kafka says that they've already sold 4 properties during the pandemic.

Single homes in subdivisions with a private boat dock are a very attractive purchase as one's own retirement home or getaway. Some of these are in very lush, beautiful locations with a private slip right in front of the house, with much natural growth remaining, supplemented by planned tropical landscaping. One of these has small lakes scattered around and many are gated.

David Kafka replied, when asked what services he might supply to the interested buyer, "I help people find a slice of paradise here in Belize — anything that has to do with buying property, moving, importing household goods, importing a vehicle, or bringing your pets to Belize. I also can help with property management, and locate contractors, manage your repairs, or build for owners that are absent." Property in the area is much cheaper than the already well–known market of Ambergris Caye. Here you can get a lot for as little as $35-50,000 if you search well. Kafka says, "We have doubled people's money on some properties. I have also seen some clients make $35k or more in 1 year flipping the property." 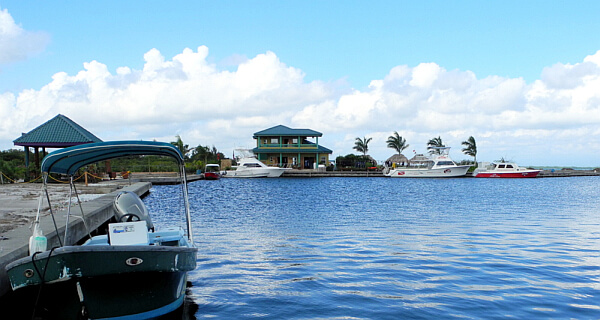 Expatriates and Activities in Placencia

The expat community in the area is growing, consisting mostly of people from the United States and Canada. Several of the expats have started businesses such as restaurants, curio shops, resorts and, in the case of Kafka and Mannsfeld, real estate. Many of them are very active in the local community. According to Mannsfeld, part–time expat for 22 years, there is a lot of expat involvement in Placencia community services, a clinic with volunteer doctors, health and educational services, and setting up designated green spaces. Kafka has assisted in developing a much-needed fire department.

It would be very difficult living or spending time in the area to be bored, with nearby diving, snorkeling, boating, sailing, horseback riding, jungle hikes, exploring Mayan ruins, or just plain beach lounging with a Belikin in hand.

There's a certain excitement in finding a place where the newness and creative energy speak loudly of the desire to go to the next step in community and financial evolution. Placencia is indeed that place. Were I not already an investor elsewhere, I would immediately start looking to place my money here.

How to get there:

Story and photos by John Lamkin.