At Home in a Vibrant City: Buying Real Estate in Buenos Aires, Argentina

There was a time when Buenos Aires real estate was crazy expensive and a time when penthouse condos were going for next to nothing. Now that things have settled somewhere in the middle, the market in this popular South American City takes some care to navigate. 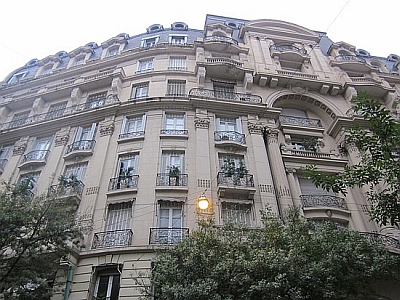 Argentina certainly got a lot of attention from the investment world in 2001 when the country defaulted on its $141 billion dollar debt, and the peso quickly devalued from 1:1 to 1:4. Bargains were quickly snatched up by foreign investors when real estate prices plunged by 30 to 70% almost overnight. Buenos Aires had gone from one of the world’s most expensive big cities to one of the cheapest. In the last 10 years, real estate prices have been steadily climbing, but still remain much lower than other nearby cosmopolitan Latin American cities such as Rio, Sao Paolo, or Santiago. Buenos Aires, often called the “Paris of South America”, has been busy positioning itself to be an attractive place for foreign investors to diversify their real estate holdings, and opportunities abound for savvy investors in income-producing rental units and condo hotels. 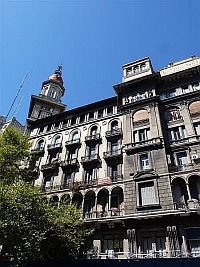 Most foreigners who choose to invest in Buenos Aires can agree on the fact that they invest here because they personally have fallen in love with the city. While better deals and returns on investment may be found in other parts of Latin America, investing in Buenos Aires means being part of one of the most vibrant, bustling, cultural cities on the planet. The locals are friendly and very welcoming to foreigners. There’s a true appreciation for the arts and you have world class luxury shopping in the Retiro, Recoleta, and Palermo areas of town. You’ve got an abundance of polo, golf, and wine. Argentina has plenty to offer travelers, plus the Atlantic ocean and fashionable Punta del Este are accessible within an hour by plane.

Investment consultant Patrick Archer of InvestBA shares that, “in addition to being a dynamic crossroads of European and Latin American culture, Buenos Aires is one of the most affordable and livable cities in the southern hemisphere. The most recent UBS Cost of Living survey ranks Buenos Aires the 6th most affordable city in the world out of 73 major metros, and Mercer’s annual Quality of Living report ranked Buenos Aires #1 in South America followed by nearby Montevideo.” In these quality of life surveys, Buenos Aires consistently blows other large South American cites out of the water.

Details to Know Before You Buy in Argentina

As a foreigner looking to invest in Buenos Aires, there are a few basic things that you should be aware of. The Argentine real estate market is not exactly the simplest to understand or navigate, especially if you are used to investing in the United States. Mortgages are not commonly used in Argentina. It is a mostly cash market, with prices in US dollars, not pesos, which has helped to create stability in the market. When financing is used, it is often limited to 50% of the purchase price, and be aware that financing is difficult to get and comes at a steep price. The cash system eliminates much of the speculative nature of the market and sidesteps irresponsible lending and borrowing practices (the ones that have led to the issues that the US is currently dealing with), and ensures that the prices are based on supply and demand.

This is great for creating stability, but also means that there are not that many opportunities for “distressed” properties that you can snag at rock-bottom prices from a motivated bank who wants to get properties off their books. It also means that as an investor, your ability to leverage is obviously severely limited. If you have $500,000 to invest, you could probably leverage that to buy into 5 or more properties in a different country with easier financing, or you could buy one apartment in the fashionable Recoleta area of Buenos Aires.

The only requirement for a foreigner to legally purchase property in BA is that they obtain a tax identification number from the local tax authority office, says Federico Boero of Sotheby’s Argentina. Foreigners applying for the identification number just need a local proof of address, which can be an actual residence or a hotel. He explains that although Argentina deals in mostly cash transactions, it’s not like you will be expected to walk into a closing office with a pile of $100 bills in a suitcase (although it has been done). Most transactions will be handled electronically through wire transfer. Boero explains that there is a transaction fee of 2.5 percent to transfer money from outside the country. According to Mr. Boero, other fees that investors should know about up front is that buyers pay 1 to 2 percent of the purchase price in the form of notary fees, and the buyer and the seller each are expected to pay a real estate agent commission of 3 to 4 percent. Within city limits, there is also a stamp duty of 2.5 percent. Outside the city limits, the stamp duty is 4 percent. 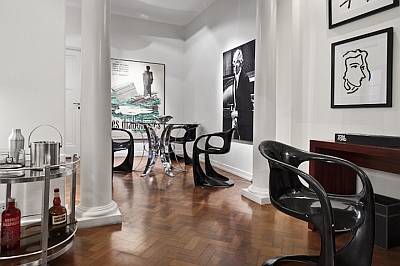 One more thing to know about before you invest in Buenos Aires is that many Argentines are infamous for their ability to chamuyar, which basically translates to “to speak more than what is true, to boast or embellish to create benefit.” Due diligence is more important than ever, because unfortunately you cannot always take what you hear at face value. In addition, the process of buying or building can be painfully slow, and can involve piles of seemingly illogical paperwork. Remember that unless you deal with a real estate company or investment group that is skilled at specifically dealing with foreign investors (highly recommended), all of this must be managed in Spanish. If you are serious about investing in BA, it is suggested that you work with someone who knows the ins and outs and that has local contacts that can make any issue that comes up (and issues WILL come up) go much more smoothly.

A straight shooter from the U.S. but based in Buenos Aires who can explain and hold your hand through the entire process is investment consultant Patrick Archer of InvestBA. He can explain in simple terms the entire process, show you opportunities, and basically eliminate many headaches that you would surely get by not working with someone knowledgeable in navigating the many grey areas of investing in Argentina. Here’s how he begins to explain the difficulties for foreign investors, “In Buenos Aires and Argentina in general, there is both a lack of transparency and—by most foreign investors’ standards—professionalism in certain sectors of the economy. If you’re talking about real estate, the market is highly fragmented, detailed property information is either closely guarded (for tax purposes) or non-existent, and there is no central database like a Multiple Listing Service to expedite the search process.”

So you aren’t scared away yet, and you still want to get in on the many opportunities that B.A. has to offer? Buenos Aires is huge, approximately four times the size of Chicago, so where should you even start to look? As with any property investment, it’s location, location, location. Buenos Aires is divided into 48 barrios, or neighborhoods. Ones that have attracted investors recently are Palermo, Belgrano, and Barrio Norte, and the future seems very bright for the Barracas area.

For both residential and boutique hotel investing, Palermo has exploded in the last 5 years. A charming and centrally located neighborhood, Palermo Soho has recently been ranked the number one area for new construction activity, and prices have been skyrocketing. The price per square foot for new construction in this hip area known for fashionable shopping, restaurants, boutique hotels and bars is anywhere between $230-300. Not exactly bargain basement prices, although when you realize that construction in some of the best neighborhoods in Rio and Sao Paolo can go for up to $500 per square foot, it doesn’t seem so bad. A new overpass connecting Soho to neighboring Palermo Hollywood, and the new Science and Technology center both have infused Palermo with further revitalization. As local investor Homer Luther explains, “Clearly Palermo Hollywood and Soho are in the midst of a NYC-Soho level transition, and although they are certainly not in a virgin state today, like they were five years ago, many opportunities exist, especially if you are willing to go more vertical.” There are many surrounding neighborhoods that are also worth looking into, including the more affordable Colegiales, Almagro, and Villa Crespo.