Story and photos by Ellen Barone

For those ready to trade the rat race for a simpler way of life, Granada, Nicaragua, offers one of the world’s best lifestyle values. 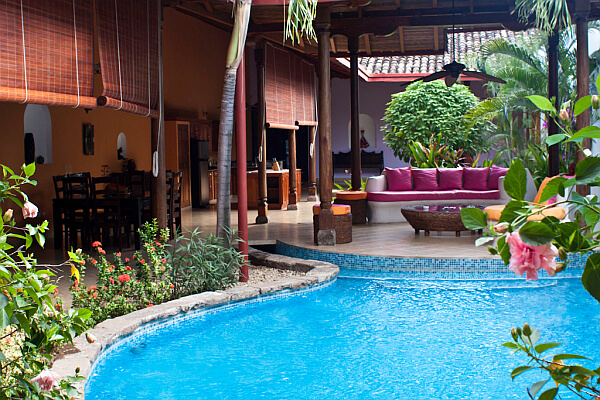 A decade ago in Granada, Nicaragua, one of Central America’s oldest and best-preserved colonial cities, city-block sized colonial homes boasting palatial rooms, cathedral ceilings, custom wood moldings and hand painted ceramic tile floors could be purchased for as little as $60,000 USD. Then the foreign investors arrived, snatched up the deals, spread the word, and quickly flipped their investments for double or more.

When I visited in early 2006 the town was freshly painted and chockablock with real estate offices and for-sale signs. By 2008, the U.S. banking crisis had slowed the housing frenzy to a near standstill and most of the high-risk brokers had packed up shop to follow the money to Colombia and elsewhere. A recent three-month stay revealed a vibrant city that’s settled into a healthy balance of native, expatriate, and tourism influences and a more realistic housing market. 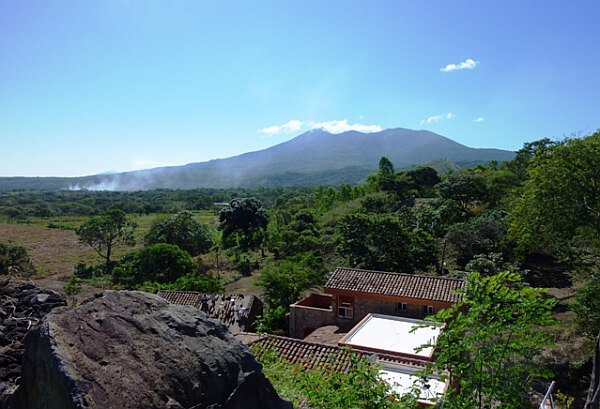 For many foreigners accustomed to living in hermetically sealed homes, the allure of indoor/outdoor living is a big part of the decision to buy in Granada. There’s something magical about the al fresco lifestyle and architectural beauty of Granada’s rambling colonial homes. Flower-filled courtyards. Thick adobe walls. High-beamed ceilings and gracefully arched doorways. Intricate stone and tile work. 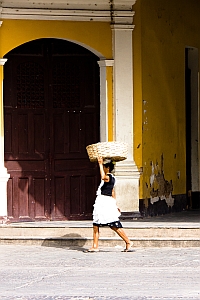 Featuring broad-roofed open-air living spaces surrounding garden courtyards, where wild parrots, doves, and hummingbirds roost, the colonial design means that one can enjoy the thunderous downpour of an afternoon rainstorm, for example, or the golden glow of a rising moon, from the comfort of an outdoor living room. Throw in lots of sunshine and a balmy tropical climate and it’s easy to understand the draw. 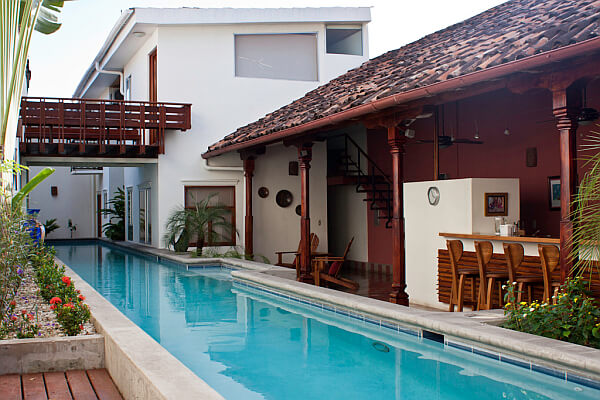 And while home sales may have slowed in recent years, new buyer trends are reviving the market says property manager and real estate broker, Janice Gallagher, of Granada Property Services. “Early on we saw a lot of North American retirees, but lately the market is changing and we’re selling to young (35 to 45 year-old) global-savvy professionals and families where at least one parent works remotely.”

“Continued uncertainty in the U.S. and European economies has also created an increase in demand for vacation rental homes,” Ms. Gallagher adds, “offering lifestyle and income-producing opportunities for visionary investors.” 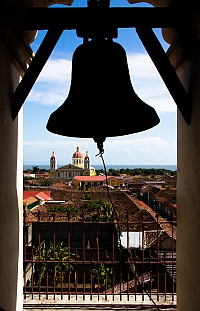 The word is out and spreading fast. Condé Nast Traveler writes about “Nicaragua’s New Day,” The Economist calls it “A surprising safe haven,” and U.S. News and World Report named Nicaragua one of the “world’s top retirement havens for 2011.” The Nicaragua Tourism Board reports over one million foreign visitors in 2011, an increase of 8.4 percent over the previous year: a staggering statistic for the second poorest country in the western hemisphere.

Nicaragua has definitely put out the welcome mat for foreigners considering investing or moving there, offering attractive tourism and foreign retiree and resident incentives, including income and property tax exemptions and exoneration from import duties on household goods, private vehicles and construction materials. Better still, there are no restrictions on foreign ownership of property in Nicaragua.

That is great, but there are still a few things a foreign buyer should know before cashing in on their new life in Nicaragua.

“Remember, anything goes. There are no rules,” says Darrell Bushnell, a straight shooting American expat and real estate agent with Casa Granada Properties. He’s joking, but there is truth to his tongue-in-cheek advice. Technically, anyone can be a real estate agent in Nicaragua. There are no licensing requirements, no standard set of best practices, and no legal code of conduct. By foreign standards, purchasing Nicaragua property can be bit of a crapshoot. And in this mostly cash market (mortgages are not commonly used in Nicaragua) the wise investor is a wary one.

Long before the foreign real estate brokers arrived, in-the-know locals (a.k.a. runners) were Granada’s equivalent of property matchmakers, putting buyers and sellers together for a fee. “After a few aborted attempts and dead-end deals, I bought my property from a ‘runner’ I met in the park,” says expat Lilly Filipow, owner of Olé Boutique and Lilly’s Café. “In the end, I got a great deal and I love my house,” says Ms. Filipow, an eight-year Granada resident.

It’s worth noting, too, says Ms. Filipow, that in Granada many of the best properties never get listed. So be sure to ask around and seek out the well connected, as they’ll know about the word-of-mouth properties that you might never discover otherwise.

Whether you use a runner, a realtor, or buy privately, if you’re serious about purchasing property the onus is on the buyer to do their homework. “Search the Internet forums, get references, seek out referrals for trust worthy purchasing agents and lawyers,” says relocation consultant Nadene Holmes of Details Management, a Granada-based residency and relocation firm providing liaison and interpreter services to help foreigners navigate the process.

Establishing verifiable title history in Nicaragua can get complicated due to antiquated record keeping practices, inheritance and joint property ownership laws, and the expropriation of 28,000 properties by the revolutionary government in the 1980s. “We work with carefully vetted independent lawyers to conduct extensive title searches and verify a clean title for Details Management clients,” says Ms. Holmes. But for foreign buyers who prefer the added protection afforded by title insurance she recommends First American Title Insurance.

Perhaps the most overlooked detail and the one that derails more deals for foreign buyers is that “No promise of sale is legally binding unless it is in Spanish, printed on papel sellado (a special type of stamped paper that contains a tax stamp used in official documents) and includes a copy of the seller’s cédula (national identity document),” explains Ms. Holmes.