Just a short flight or a day’s drive from the U.S., laid-back Mazatlan is not a city of prestige addresses, but a thriving Mexican port city that combines beaches and golf with a dose of history. 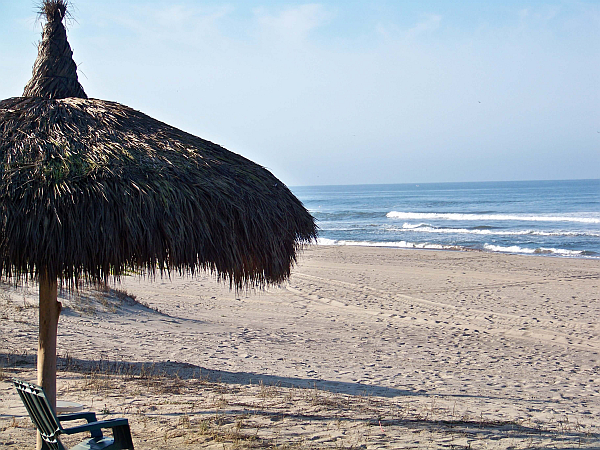 The Mexican city of Mazatlan doesn’t have the upscale cachet of the coastal mansion districts elsewhere on the Pacific Coast. For one thing, this was never a blank slate for planned development. Mazatlan was an important port city and shrimp fishing fleet headquarters in the 1800s and it still retains those roles today. Tourism is important, but it’s not the only game in town as it is in Los Cabos or Puerto Vallarta.

For many expatriates that move to Mazatlan, this grounding in history is a big draw. It’s not a purpose-built resort town for foreigners. Instead this birthplace of Pacifico beer and a major shrimp fishing center is a city that goes deeper. Yes, it has miles of beaches and plenty of nightclubs, but more than half the people you see at both are locals.

When it comes to luxury dream homes in Mazatlan, one name has to be at the top of the list: Estrella del Mar. This development near the airport is a bit far from the action, with the city lights twinkling across the water at night. There are plenty of payoffs for this distance though: a championship golf course, miles of secluded beaches, and 816 acres of land in all. 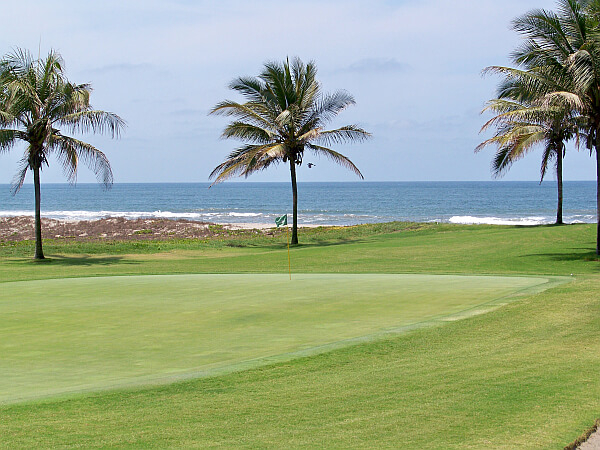 The 18-hole golf course was designed by Robert Trent Jones, Jr. and has six holes that look out at the Sea of Cortez. A PGA tournament had just finished up when I played and the service made me feel like a pro: range balls already to go on the driving range, places to clean your ball or get a drink of water at the tee boxes, and a refreshments cart coming around regularly. The course itself is beautiful, maintained by some of the 80 gardeners working here. With sea views, water hazards, and hills that are rolling without being too steep, it’s a real pleasure to play on.

Residents can keep a golf cart in the garage and get a membership to play the course to their heart’s content or take advantage of discounted greens fees. They also have access to a pool complex facing the sea, a spa with very reasonable rates, and several restaurants.

This development will also put any foreign land living fears to rest, starting with the water. A $3 million water purification plant serves the hotel, homes, and condos of Estrella del Mar, with in-house machinery creating all the bottled water used throughout---all bottles recycled of course. The development also employs 10 bilingual guards, a beach cleaning crew, and a duo of biologists to supervise the hatch and release of baby sea turtles. (Because this beach is a protected turtle sanctuary, it’s off-limits to vendors and vehicles.)

Like most huge developments, this one is unfolding in multiple stages over a dozen years or more, but little of that matters to current homeowners: much of the future development will be new condo buildings and an additional hotel. There are already three condo buildings finished, two completely sold and the third selling units at the time of writing. These range from $324,000 for one-bedroom units of around 1,000 square feet to close to a million for the largest four-bedroom unit, all of them facing the water. Each of the condo buildings has its own parking garage and huge pool party complex on par with many top resorts.

Those who want their retirement dream home gravitate to buying a lot and building their own house instead. The lots here are released in phases as well, with the beachfront lots going the fastest, even with a price tag that can cross the half-million mark ($100+ per square foot of land). Fortunately, construction costs are reasonable in Mexico and you get a lot more for your money in terms of materials and labor. 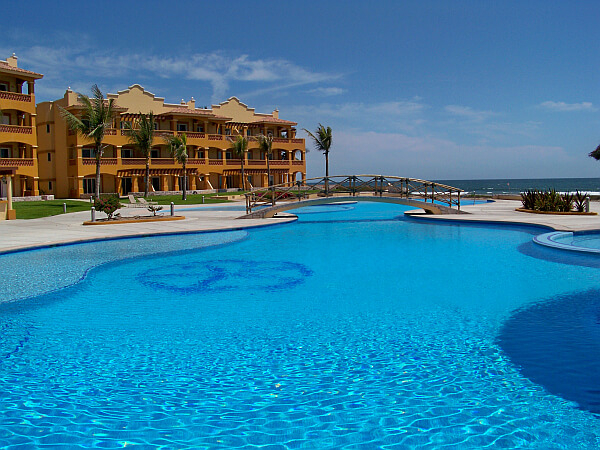 Most homes at Estrella del Mar range from 5,500 to 10,000 square feet. Height is restricted to two stories and at least 30 percent of the lot must be devoted to green space. Most houses here have at least a partial sea view from the second floor. The agents can have a special cart wheeled up to the lot you’re thinking of buying so you can climb up to the level of a second story and scope it out.

The El Cid Buffet of Homes

The name “El Cid” goes way back in Mazatlan. The founder started out with a nine-hole golf course and country club in 1972, following that with several hotels and a marina, an expanded golf course, and housing developments. The holdings now cover more than 700 acres around the Golden Zone, with the resort city right on its borders.

The 27-hole golf course (with 9 holes designed by Lee Trevino) are a big draw for American and Canadian home buyers, with many homes right on the course. So is the marina, with some homes having a dock right outside their door. This is no gringo-only enclave, however. Many of the 1,500 families who live in this community are wealthy Mexicans, so it doesn’t feel like a transplanted San Diego.

There are choices for every budget in this wide-ranging development. New condominiums start at $200,000 and finished homes in new developments around the marina start at $380,000. I looked at several properties in the Marabella development. Even the smallest duplexes are 2,000 square feet, with three bedrooms, and come loaded with amenities such as garage, golf cart garage, top-end appliances, and granite countertops. Boat slips are available and there are shared complex swimming pools.