Ever dream of relaxing with friends, neighbors or family sipping your own private label wine while overlooking rows of gorgeous vines that nurtured those very grapes? What if those vineyards happen to have the sun setting over the stunning snow-capped Andes in the background? You can make this dream a reality by investing in Valle de Uco, Mendoza, Argentina. 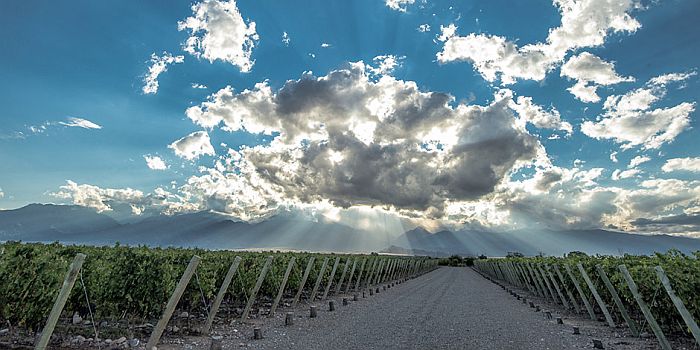 Just an easy hour plane ride from either Santiago or Buenos Aires is Mendoza, an area of Argentina with over 800 wineries that has been called the Napa Valley of South America. It could be argued that Mendoza has even more to offer than California, with still reasonable prices at a quarter of those of Napa, vibrant Latin culture, a laid-back way of life, and the popular Malbec varietal racking up huge international acclaim. Many influential players in the wine world have already taken note and gotten in on the Mendoza game.

The Mendoza region boasts a near-perfect environment for grape growing. The particular soil, high number of days of sun per year, and the purity of water straight from the Andes all play a part. The consistently dry weather helps to avoid many insect and fungal problems that plague other regions.

Within the province of Mendoza lies the small pueblo of Valle de Uco, which has become the most prestigious area to invest and which has seen some of the most consistently award-winning bottles from local wineries—often called bodegas in Argentina. The area still has a lot of room for development, and with Malbec capturing higher prices in the international market every year, it still makes sense to get in now before lot prices skyrocket to those of Napa Valley or southern France.

So it all sounds good in theory, but where does one start when looking to invest in a vineyard lot overseas? The following are reputable options to look into, with varying degrees of hand-holding.

The second you start asking around for info on investing in Mendoza, you will probably hear the term “Vines of Mendoza” come up. The Vines is the dream-become-reality of three partners. The associates are Michael Evans, who is an American entrepreneur and former political consultant for John Kerry, Pablo Gimenez Riili, a third-generation winemaker, and world renowned viticulturist and sommelier Santiago Achaval. Achaval-Ferrer, his winery in Mendoza, claims four of the five highest-rated wines in Argentine history, as judged by Wine Spectator. If that isn’t enough, he also has the highest-rated Argentine wine to date according to Robert Parker.

Together this dream team has turned 500 acres in the prestigious Uco Valley into professionally managed vineyard estates of 3- to 10-acre parcels. The idea is to offer wine enthusiasts and investors the chance to purchase their own vineyard--and have a lot of expert help on hand to create their own private label wine. These plots can produce between 2000 and 4000 bottles of wine per acre per year which can then be consumed or sold.

The Vines offers turnkey management, and can offer as much or as little help as one would like with the winemaking process, from soil selection to bottle labeling, to assisting in creating a personal wine that reflects particular tastes and preferences. Cost per bottle will range between $5 and $12, depending on the type of oak barrel used for aging, length of aging, and packaging materials chosen. Timely and detailed reports will be issued and sent, meaning that buyers can stay involved in the entire process of the making of their wine regardless of how little time they may have or where in the world they happen to be. 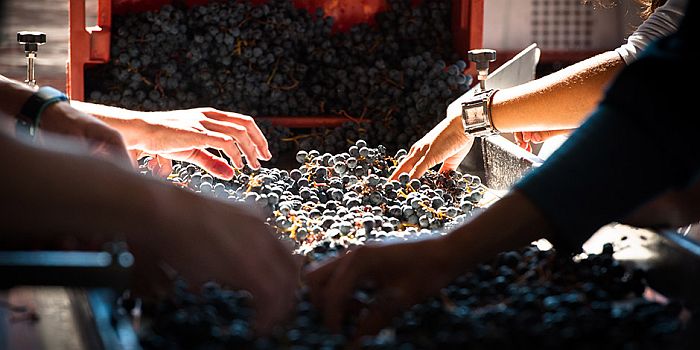 When buyers want to come visit and check in on their private vineyard, they can take advantage of exclusive privileges of the Vines luxury Wine and Culinary Resort and Spa (under construction, designed by the prestigious firm Bormida & Yanzon and to be opened in early 2013). Vineyard lots run an average of $60,000 per acre, and there is an additional $2550 per year per acre maintenance fee after the first two years. The first two years maintenance is included in the initial purchase price. The 100 lots of Phase One are almost sold out, and include names such as Wolfgang Puck.

Get more information at the Vines of Mendoza site.

Right down the road from the Vines of Mendoza lies the prestigious and long-awaited La Morada, with 83 premium home sites nestled into more than 1000 acres of prime vineyard land. Whereas the Vines project is directed mostly towards people that want to fly in to be hands-on in creating their personal and unique stock of wine, La Morada is designed for people that want to build a vacation home in what is arguably one of the most scenic places on earth.