Bocas del Toro, a collection of islands off the Caribbean coast of Panama, has been an expatriate magnet for decades. The long-expected luxury boom has yet to materialize though, making this a market for adventurous value seekers with patience. 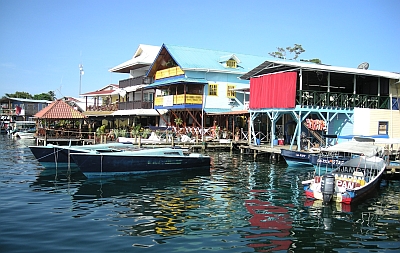 A few years ago in the Caribbean archipelago of Bocas del Toro, Panama, a luxury market started to emerge. Two residential developments with five-star hotels in the plans had just broken ground; an upscale market and restaurant opened on the main island’s waterfront; and a couple of high-end hotels had just finished construction. “If Red Frog and Sunset Point succeed, we’ll be on our way to establishing a luxury market,” many said. (Read Luxury Latin America’s 2009 real estate feature about Bocas del Toro entitled: The Caribbean’s Last Bargain, with a few Caveats

Sunset Point went bankrupt and Red Frog has found itself mired in setbacks. The restaurant, known as 9°, now has seasonal hours. While Red Frog is still moving forward, the high-end, exclusive community ended up forcing its investors into fractional ownerships (at least that's how many tell the story). Capital has been scarce, which has also hindered growth—especially for projects that pose potential risks. Combined with ongoing problems with corruption and infrastructure, the nascent luxury market has stalled. A quick walk around Bocas Town on the main island of Colon reveals a proliferation of budget accommodations and cheap mom-and-pop style restaurants. “Bocas is back to what it was ten years ago,” says Alberto Socarraz, a real estate agent with Kentways. 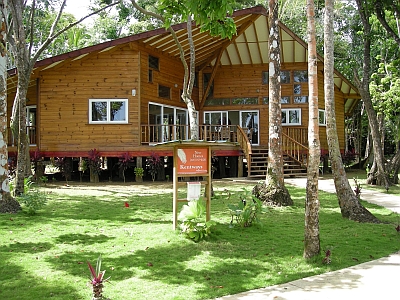 While Bocas del Toro appears to be returning to its roots as a backpacker’s haven, many real estate experts express optimism about a future luxury market. “We’re getting closer,” says Jim McCarren, longtime Bocas resident and owner of local real estate company Buena Vista Realty. “Panama is going through a lot of growing pains.”

No stranger to growing pains, Dan Cranney with Red Frog also shares an optimistic outlook. Since Oceans Group International re-capitalized the project four years ago, Cranney feels that Red Frog has successfully overcome a number of obstacles from environmental issues to labor strikes. Cranny also has a different perspective on the adjustments investors have had to make:

“Many clients who initially purchased a condo or home at Red Frog did convert their investment into fractional ownership which reduced the liability to build the units for the developer and the eliminated the owners having to come up with their remaining balance. For most all the clients they preferred to reduce their liability so it really was a miraculous story of over 250 clients working together to save the project. Contrast this to other projects in the Caribbean that are still collecting dust. We plan to make tell this story more visibly once the first neighborhoods are totally completed next year. We think it makes the place a special community that so many people can get along and make adjustments collectively to save the project and not jeopardize their investment.”

Many experts and local residents see Bocas del Toro moving in a positive direction, pointing out no shortage of accomplishments and slated projects. For one, title is being granted on Rights of Possession Property (ROP). Procedures have been established and the government agency known as the Autoridad Nacional de Administración de Tierras, or ANATI, is leading the process. The change is welcome as it will help reduce land disputes and corruption.

Notable improvements are being made to infrastructure at both the grassroots and national level. Education about how to care for the natural environment is fostering new attitudes and growing community pride. In a recent edition of the local publication Bocas Breeze, you can read about residents in the middle of a garbage clean-up who were interrupted by kids offering to help. It’s no surprise that the dump on the way to Bluff Beach has been cleared, a major concern expressed in 2009. What’s more, the road has been partially paved. This is a delight to Bluff Beach residents and to the turtles who have returned to the area to nest.

President Ricardo Martinelli has also announced a number of large-scale projects that will benefit Bocas del Toro. Twenty-five million has been set aside for a new hospital in the port city of Almirante in the Bocas del Toro province, a 20-minute speedboat ride from Colon Island. (For medical treatment, many residents go to either Changuinola or David. Currently, The Floating Doctors are stationed in Bocas del Toro, receiving patients and helping existing medical centers.) The airport in David will open up to international flights. The runway in Bocas del Toro will be extended with fill from the canal. And catering to visiting diplomats and travelers who demand comfort, the airport on Colon Island has opened a VIP lounge. The improvements are already showing their effects with Copa announcing direct flights from Tocumen airport in Panama City to Bocas, and Costa Rica’s Nature Air increasing the number of flights to and from San José.