Once a sleepy getaway for those in the know, San Miguel de Allende, in Mexico's central highlands, is no longer a secret. With an active market for those buying luxury real estate, it now looms large on the radar of sophisticated travelers, retirees, and would-be expatriates. 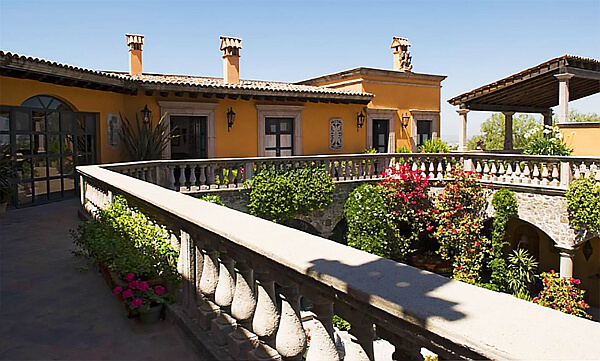 There has always been a special sense of mystery and romance about San Miguel de Allende. With its colonial homes set flush to the sidewalk, turning mostly unadorned blank faces to the street, the inevitable and popular question is "What's behind those walls?"

Sometimes it's something quite spectacular. In 2019 there were 11 sales of a million bucks or more in the city, with 9 of those being in the historic center of San Miguel.

Once the carved wooden doors are thrown open, the magic bursts out like the fireworks that so often bloom overhead in this celebrations-loving town. The allure wraps itself around many a head and heart, and people find themselves reluctant to return to their previous reality.

There's a common rumor in San Miguel that people show up here for a vacation of a week or so and get struck by the magic on Day One. Back home suddenly seems dull and, well, not very magical. Within days, they're looking to buy a house and put down roots into a brand-new life. "It happens all the time," says Wesley Gleason, co-owner/broker of Agave Sotheby's International Real Estate. "A few days into their first trip, they show up and want to look at houses," he told me. "But unlike in the US, houses here are all so different. There are no cookie-cutter homes. Each house is unique. That's why I limit the number of properties I show. Buyers will come in and say, 'We want to spend the whole day looking at houses,' and I say, 'I will show you five.' Because each place is unique, it's easy to get overwhelmed and not remember what you've seen. So we look at five, and the ones that really stick in their minds are the ones we go back to."

"They seldom regret that impulsive decision" to buy a home in the heart of the Mexican altiplano and move to this particular piece of paradise, Gibson adds.

There is much in San Miguel to keep regrets at bay. The almost-perfect year-round weather is a big factor. Canadians, especially, love the spring-like sunshine that pours down most days in San Miguel. Mexican culture is rich with nuance and color, music, festivals, and extremely gracious and welcoming people. As a world-renowned artists' and writers' colony for almost 70 years, San Miguel's rich artistic scene is fulfilling and joyous, never boring. And the people... well, San Miguel just seems to work its magic in drawing the most interesting, curious, creative people. The warm and supportive "sense of community" is almost universally cited by expatriates living here as one of the big reasons they came, and stayed.

After decades of being a somewhat sleepy Mexican town with a substantial and arty community of expats, San Miguel de Allende is now booming—and not at all sleepy. Since being named a UNESCO World Heritage site in 2008, the word has spread and great press has helped.

In 2013, Conde Nast Traveler readers named San Miguel the best city in the world for travelers. In June, 2016, Travel & Leisure readers named it the #1 city in Latin America. Then the kudos kept coming. Other popular travel publications have named it one of the finest cities for food in Mexico and one of the best places in the world to retire.

Buying in San Miguel de Allende as an Investment

Yes, the secret is definitely out, and that means the market for San Miguel de Allende real estate is not quite as buyer friendly as it was at the beginning of this decade.

Wesley Gleason has seen the boom and bust for himself. "When I started in real estate in San Miguel in 2008, the market was very strong. Then we got hit with a triple whammy: the economic crash in the US, horrible media coverage of the narco violence in Mexico, and the swine flu epidemic. The market dropped 30-35% very quickly."

Now the market has come roaring back from its low point.

"The Conde Nast Traveler award marked a real turning point in the comeback," according to Ivy del Pozzo, an agent with Coldwell Banker SMART Real Estate Agency. "Foreign buyers started coming back after that," she said, because the article marked a change in the perception of Mexico as a safe, secure place to buy and to live. "Also, Mexican buyers are rediscovering SMA," she added. 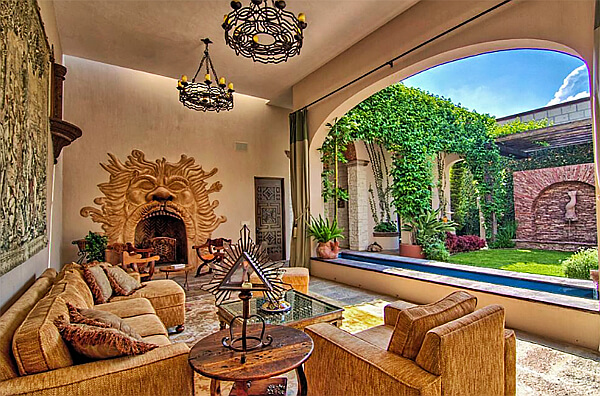 How strong is the market now? I asked Gabriel Rubiera, president of AMPI (Asociacion Mexicana de Profesionales Inmobiliarios), the Mexican Association of Real Estate Professionals. He is also the co-broker at Realty San Miguel. According to Rubiera, "In 2015 things really took off again and they haven't slowed down since."

San Miguel used to have a reputation as a haven for foreign retirees and they still come in droves. Gabriel Rubiera has seen a distinct change in the demographics of today's San Miguel real estate buyers, however. "Now we see more and more young people, people with families. It used to be difficult for families, because there were very few schooling options for their kids. Now there are more and better bilingual schools. And digital access means these younger ex-pats can work from anywhere." Indeed, one of the first questions these buyers ask is about the quality of digital access. "They need very good internet and phone connections, and that infrastructure is now in place."