With the economy picking up and the Honduras government stepping up tourism and other economic promotion, it is an opportune time for luxury investors to get in on the new Caribbean "ground floor." 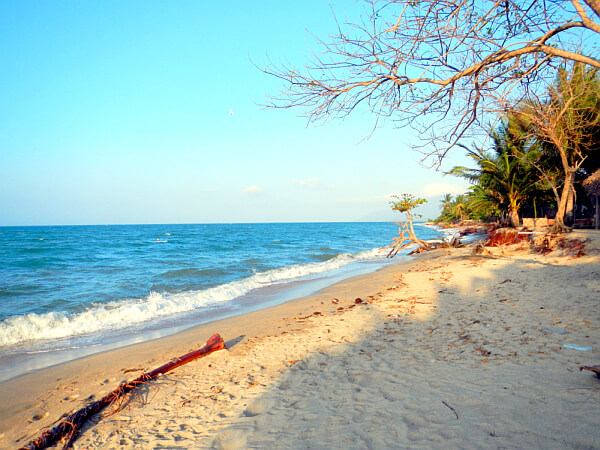 Trujillo is the fastest growing tourist zone in Honduras and a priority area of development by the government. Its deep harbor and the recent opening of the Banana Coast Cruise Terminal, which will soon see the arrival of the small luxury cruise liner Silver Cloud from Silver Seas (already over 15 ship bookings for 2014/15 are secured), make it an excellent choice for getting in on the ground floor of this new luxury real estate market. 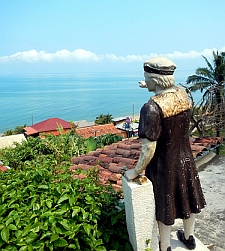 Columbus, on his third voyage to the New World, stepped ashore here. It was his first time to set foot on the mainland. He named this land Honduras because the bay was so deep (hondo means deep in Spanish) And, the infamous mercenary William Walker is buried here. He was the one who tried to take over a lot of Latin America for himself. He lies in the cemetery here in Trujillo, fusilazo (shot by firing squad).

Another controversial character spent some time here — Ollie North. He built an airstrip in Trujillo capable of landing a 737. It's currently used by locals such as Tranquility Bay Resort that has a six–person Piper Navajo Chieftain used to ferry people from San Pedro Sula or Ceiba. The developers also use it for charter flights.

But the modern day visitors here are North Americans, mostly from Canada, looking for inexpensive land and luxury homes at a bargain price.

According to Kimberley Berges, Associate with Agent Referrals International, "Investing in the Caribbean markets like Panama, Belize and Costa Rica has been the trend in the past two decades. Those who purchased in the beginning, today have investments that have increased as much as 300%. Real Estate has always been a safe and exceptional hedge against currency or stock market collapse. The Caribbean coastline is still the one of the most sought after coastlines in the world and ownership in Honduras is Fee Simple, 100% deeded title. Investors who purchased in Trujillo in 2008 have seen their investment increase by 60% as prices have increased over the past 5 years." 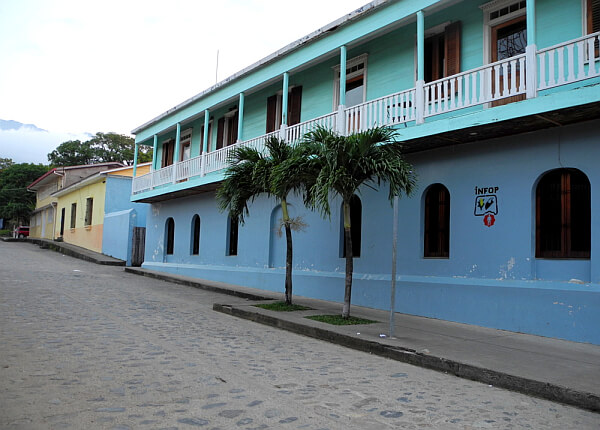 Honduras is an emerging democracy and economy. The government has taken many steps to encourage tourism and foreign investment. One example being that foreigners can now buy property on coastal areas — though there are some limitations. As with real estate anywhere, it is advised to not practice do–it–yourself buying — obtain a national lawyer and real estate company. According to those who have made the plunge, Honduras seems to be a stable and healthy market in terms of investment.

Trujillo is a rather unique market. Comparable properties will go for around 70% of the price of those on Roatan and the other islands. Land prices here are variable and much less expensive than on the islands. International Living Magazine, which has moved the market through its influence in many other markets, states that Trujillo could be the next boom town for Honduras real estate.

The country has received a bad rap in mainstream media regarding crime and safety — with the official homicide stats being higher than any other country in the Americas. (The U.S. military has stepped in with aid and training to fight drug trafficking). Most locals, expats, and foreign tourists I interviewed agreed that there are localized pockets of criminal activity, especially in the two largest cities, but that no one exercising a modicum of care is in danger. Traveling from one end of the country to the other I never once felt threatened. 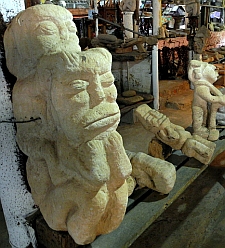 The town of Trujillo is just tooling up for tourism. There is plenty to do and see here. There is the old Fort, an unusual museum that has more archaeological–type artifacts than many large museums and there are the beautiful white sand beaches backed by majestic tropical green mountains and, of course, diving and other water sports. Nearby is a recent archaeological find that is believed to be the beginning of the Spanish Camino Real (Royal Road). Trujillo is also the jumping off point for the Mosquitia Jungle wherein lie places such as the fabled lost white city that has intrigued explorers ever since it was first mentioned by Hernan Cortes in 1526.

There many cultures here, such as the Spanish that arrived with Columbus and with the colonization, plus the other Europeans that came later seeking their fortunes. There are the Lenke and Pech Indians, the Mosquito Indians, and even some Maya influence from up north in Copán. There are communities of Garifuna who are the descendents of the escaped slaves who jumped ship and set up communities here and still practice their old language, traditions, songs, and dances.

It is inherently interesting place and now many foreigners are finding another type of interest here, in beautiful luxurious homes on the beach and on the sides of the mountains, with panoramic views of the ocean. The best part is, all this comes for less than half price of what they would pay in Costa Rica or other more developed Latin countries.